To drink a whisky from the Isle of Raasay Distillery, you still have to wait. But their buildings and the people are already worth a visit today.

Isle of Skye? Dream destination! But Raasay, where is that? – Few of Skye’s many visitors take the short ferry ride to visit the neighbouring island of Raasay. Why? Perhaps because few know anything about the nature and sights that await them there. The new Raasay Distillery is changing that. Since it has only been in production for a few months, it cannot yet boast its own whisky, but it is literally a part of the island.

First of all, there are the historic houses that form the core of the distillery – they were once the residence of the manager of the estates of the nearby Raasay House. The historic walls are flanked by the new and modern buildings, which are striking but blend in harmoniously – in gold and brown. As if they were the colours of whisky itself.

The Raasay Distillery doesn’t try to forcibly play on old romanticism – as is so often the case in Scotland – but instead dares to combine modern architecture with old chic. Skilfully! Inside, too, by the way.

One of the interior walls has it all: it’s made of stones that reflect Raasay’s geological strata.

Small alcoves nestle into the wall, with old bottles and rocks inside. Findings that came to light during the excavation of the distillery.

They are also parts of the story again. That’s because the misshapen lump is iron ore that was once mined in several mines on the island. Some of it even by German prisoners of war who were interned on Raasay during the First World War.

And then, yes, there is still one important component missing from a distillery: the people. They, too, are a piece of island life through and through. One brewmaster, for instance, lives at the end of the famous Calum’s Road. This road was once built by a stubborn resident himself to prevent the extinction of his community. His story is not only available in book form, it was also interpreted as a song by the band Capercaille.

And finally, our tour guide, who knows almost more about the island’s history than she does about whisky. About the still existing mine shafts, the castle ruins, the Raasay House and the Pictish stone nearby.

Did we forget something? Oh yes: Whisky! Of course, there’s whisky, too. “While we wait” is its name – a whisky that the owners are making in collaboration with a Highland distillery as a model for future tastes.

Raasay Distillery is a great starting point to get to know the Isle of Skye’s little neighbour.

Isle of Raasay Distillery is the first legal (!) whisky distillery on the island. It started its operations in September 2017. As a whisky must have matured for at least 3 years before it can call itself whisky, the first bottles will be available from 2020. The finished whisky should taste fruity with a slight peat note.

The distillery is owned by R&B Distillers, which owns another distillery in the very south of Scotland. From them also comes the “While we wait”. By the way, R&B means “Raasay and Borders”, the company was founded in 2014.

By the way, those who want to stay overnight on the island can do so in one of the distillery’s rooms. Prices from 220 pounds upwards.

Now I’ve actually been to a few whisky distilleries. From the beautiful Edradour to the bustling Talisker Distillery, even already in all the Islay distilleries. As much as the taste differs, the whisky-making process is always the same. That’s when the heart yearns for a change.

The Isle of Raasay Distillery was a lot of fun there. The modern and harmonious architecture is one thing. But also in the production room it looks different. Especially the Spirit Safe, which is a bronze box in almost all distilleries, looks very different here.

I absolutely love the overall design and also the tie-in with the history and geology of the island. So the distillery alone would be a good reason to visit Raasay.

Travellers can only get to Raasay by ferry, which departs from the village of Sconser on the Isle fo Skye between eight and 6pm approximately every hour. The journey takes 25 minutes. Sconser is just off the A87 near Sligachan.

With sat nav: “IV40 8PB” is the appropriate postal code.

Without sat nav: On Raasay, just drive up the road and bear right. On the left side comes after two minutes the parking lot and the distillery.

BesonderheitThe Isle of Raasay Distillery is the first legal whiskey distillery, which started production in September 2017. It combines modern architecture with an old house. 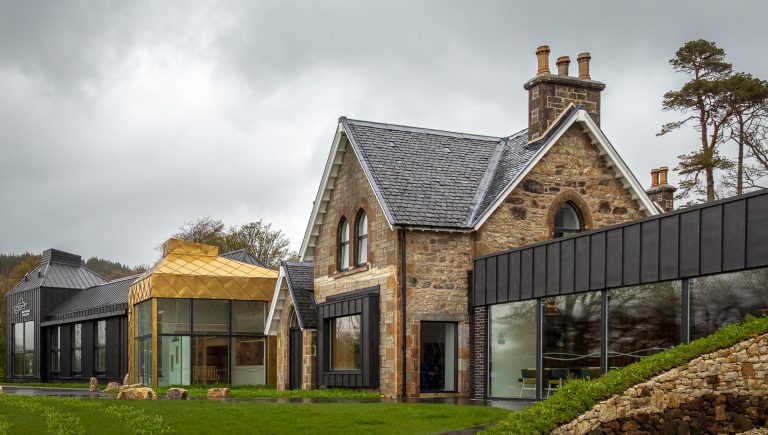 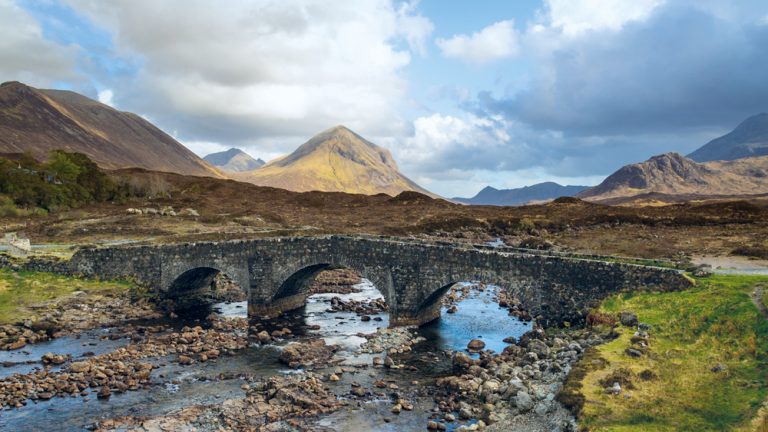